A ceremony to mark the 75th anniversary of D-Day and the Battle of Normandy. 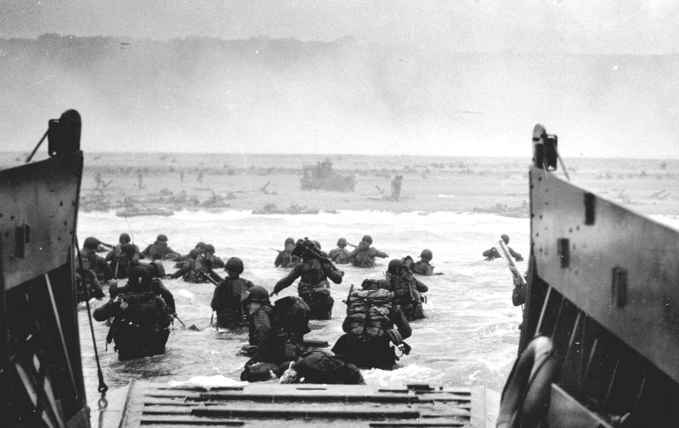 Join our Veterans and Allies in Remembering D-Day!

It is hard to believe that it has been nearly 75 years since 160,000 Allied troops landed along a 50-mile stretch of heavily-fortified French coastline to fight Nazi Germany on the beaches of Normandy, France. More than 5,000 ships and 13,000 aircraft supported the D-Day invasion, and, by day’s end on June 6, 1944, the Allies gained a foothold in Normandy. The D-Day cost was high -- more than 10,000 Allied soldiers were killed or wounded -- but more than 100,000 soldiers began the march across Europe to defeat Hitler and paved the way for an Allied victory.
To commemorate this significant date in history, the Friends of the National World War II Memorial will host an Operation Overlord (D-Day) 75th Anniversary Commemoration on June 6th at the WWII Memorial. Renowned WWII author Alex Kershaw (The Bedford Boys, The Liberator, The Longest Winter, The First Wave) will serve as the event’s Master of Ceremonies and Expert Historian.
As part of the ceremony, WWII veterans and representatives from each of the Allied Nations that took part in the Normandy Campaign will lay wreaths at the National World War II Memorial in honor of the more than 2 million Allied service members who took part in Operation Overlord and to remember the more than 225,000 Allies who were killed, wounded, or missing.
If you are a World War II veteran, or know of one, who would like to participate in the Operation Overlord (D-Day) 75th Anniversary Commemoration at the WWII Memorial, please email hrotondi@wwiimemorialfriends.org!