A special ceremony to honor the 16 million men and women who served in World War II. 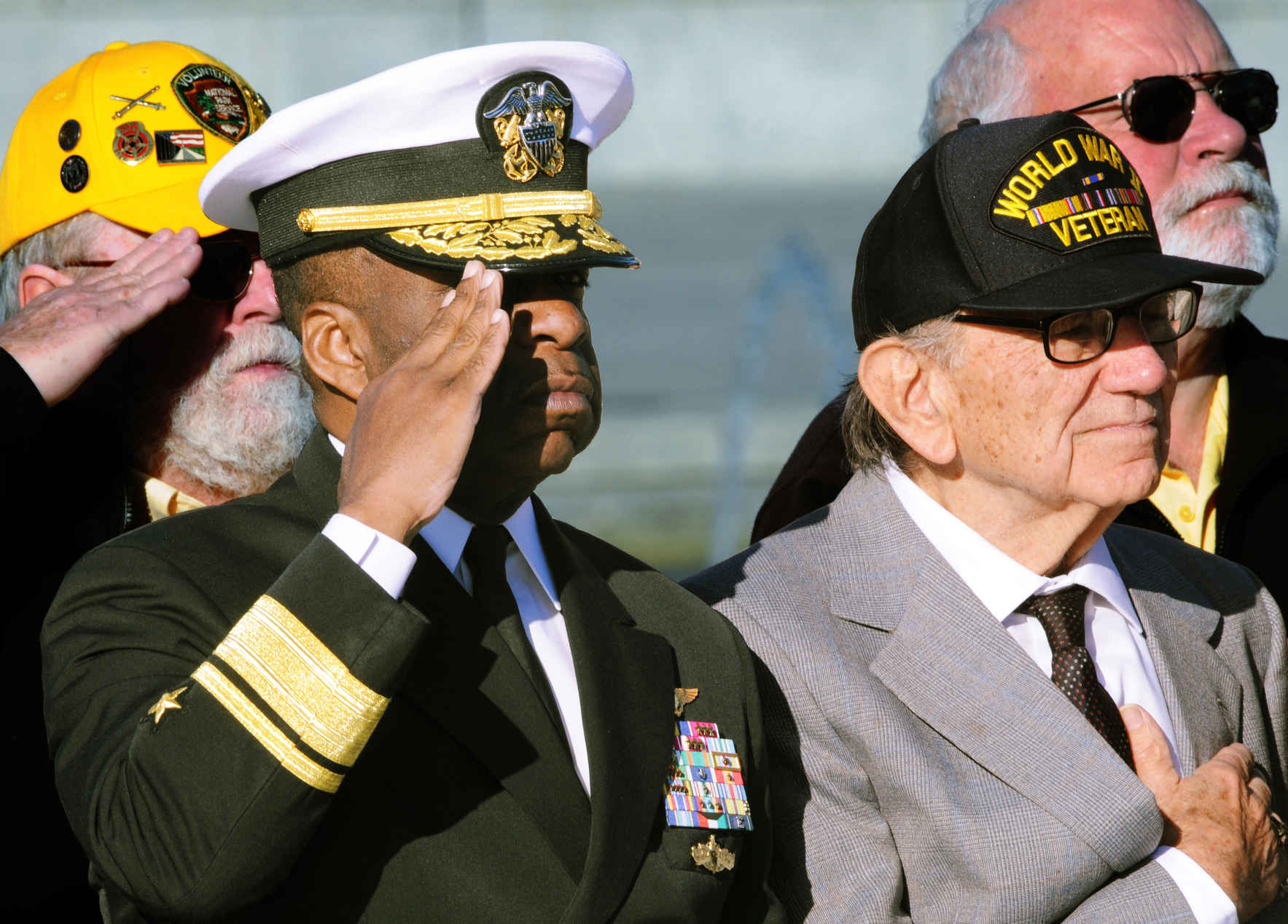 Join Us in Honoring Our Greatest Generation!

Friends’ chairman Josiah Bunting III and Jeff Reinbold, superintendent of the National Mall and Memorial Parks, will offer welcome remarks during the event. ABC7/WJLA-TV news anchor, Jonathan Elias, will serve as the event’s Master of Ceremonies. The Military District of Washington will provide military support.

Actress/Singer & Helen Hayes Award Nominee Mary Millben will perform a patriotic tribute during the ceremony as well as be featured during a pre-ceremony concert, beginning at 8:30 a.m.

Additionally, students from the Georgia Military College Prep School in Milledgeville, Georgia and the Yeshiva of Greater Washington in Silver Spring, Maryland will participate in the event.

As part of the ceremony, a dozen World War II veterans will place wreaths at the Freedom Wall in remembrance of the more than 400,000 Americans who lost their lives during WWII.

If you are a World War II veteran, or know of one, who would like to participate in the Veterans Day Observance at the WWII Memorial, please email hrotondi@wwiimemorialfriends.org!

We hope you'll join us on November 11th at the WWII Memorial!

(Above photo by Daniel R. Arant)