Battle of Luzon 75th Anniversary Commemoration at the WWII Memorial

A brief ceremony to mark the 75th anniversary of this significant land battle in the Pacific Theater of Operations. 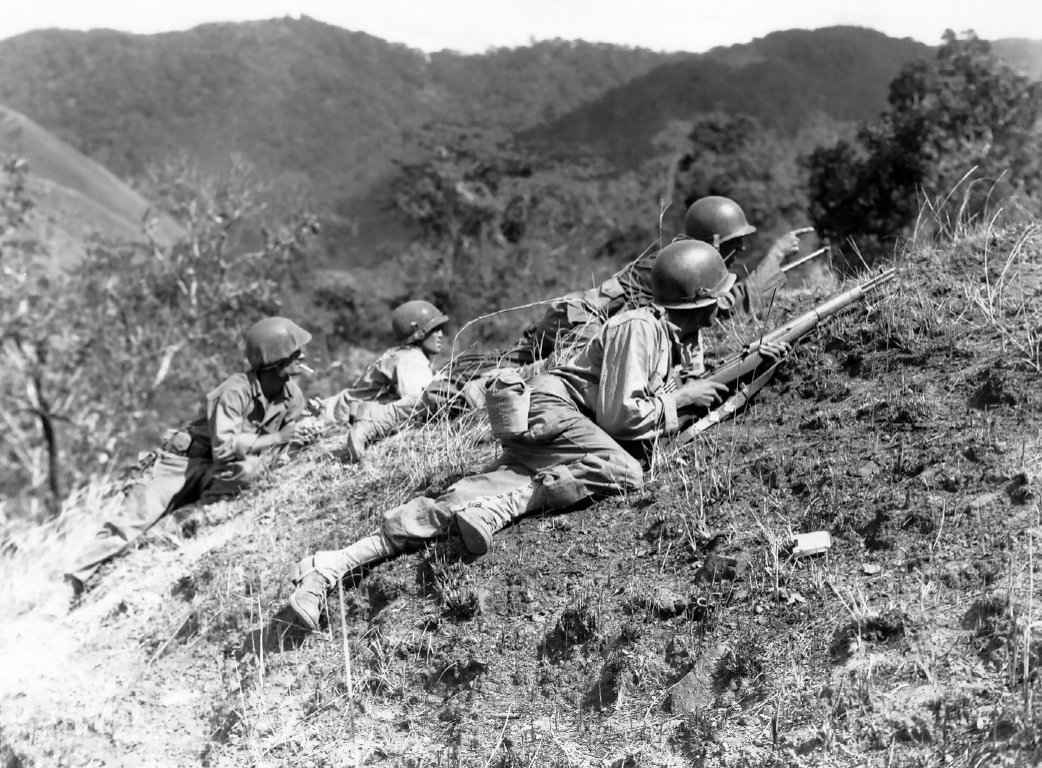 On Thursday, January 9th at 11:30 a.m., the Friends of the National World War II Memorial will hold a brief ceremony and wreath presentation at the National World War II Memorial to mark the 75th anniversary of the Battle of Luzon, a significant land battle in the Pacific Theater of Operations during WWII which dealt a severe blow to the Japanese and placed the Allies one step closer to total victory.

On January 9, 1945, American and Filipino forces launched an amphibious assault to liberate Luzon and the Philippine capital city of Manila. Within a few months, the largest island in the Philippines would be freed from Japanese occupation, finally fulfilling a vow made in loss years before.
In April 1942, invading Japanese forces defeated the last of the American and Filipino troops fighting to defend the Bataan Peninsula of Luzon. General Douglas MacArthur, who was commander of these forces and was ordered to himself withdraw, famously vowed to return to the Philippines to liberate the nation. Years of island-hopping across the Pacific brought Allied forces to Leyte by October 1944. While key land and sea victories on and around this small Filipino island would prove pivotal to Allied strategic victory, MacArthur knew that the liberation of Luzon, the largest and most populated Philippine island and home to the capital city of Manila, was vital to free the Philippines from Japanese control. After securing the island of Mindoro to Luzon’s south in mid-December, American and Filipino forces were ready to move on Luzon itself. On January 9, 1945, the American Sixth Army landed on Luzon’s sheltered northwest beaches of Lingayen Gulf. Within a few days, almost 175,000 men had taken a twenty-mile beachhead. Despite some disagreement over strategy between MacArthur and his officers, on January 18, the Sixth Army’s XIV Corps, along with the 37th and 40th Infantry Divisions, moved south towards Clark Air Field and Manila’s port facilities before moving towards the capital itself. Clark Field had been used as an American airfield for decades prior to its capture, and American and Filipino forces hoped its recapture would serve as an asset to the rest of the campaign on Luzon. Initial Japanese resistance was sporadic until American forces reached the outskirts of Clark Field on the 23rd, after which a stubborn battle ensued for control of the area. By the end of the month, American forces reclaimed Clark, and the push towards Manila resumed. Despite early success on Luzon, MacArthur was displeased with the speed of progress towards the capital; he even ordered a second amphibious assault to take place southwest of Manila midmonth and parachuted regiments of the 11th Airborne Division to the capital’s south weeks later. Meanwhile, units from the north continued to race towards Manila. On February 3, the 1st Cavalry Division secured the city’s northern outskirts and entered the city that evening, beginning the siege of the occupied capital, a task that would not be easy. Before long, bloody urban warfare erupted as American and Filipino troops fought for weeks to clear the city building by building, block by block. Finally, on March 3, with the capture of the city center, Allied units reported that enemy resistance in Manila had ceased, marking the liberation of the city at last. Meanwhile, other Sixth Army elements defeated Japanese forces defending the Bataan Peninsula and the island fortress of Corregidor, delivering a symbolic victory on the site of a bitter American defeat three years prior. With Luzon’s major strategic points in Allied hands by March, American and Filipino forces shifted their focus to sweeping up the remaining Japanese resistance on the island that could threaten their gains, a dangerous process that continued through the rest of the war.
With their success on Luzon, American and Filipino forces won not only a decisive military victory, but also a significant psychological one. The liberation of Luzon avenged 1942’s harsh defeat on the island and achieved a major strategic objective of the war in the Pacific. Ten divisions and five independent regiments saw action in this large-scale Luzon campaign that fulfilled MacArthur’s promise to free Manila. This victory came at a cost, however, as American casualties from combat totaled almost 47,000, with over 93,400 additional noncombat casualties logged on Luzon, most of which were caused by disease. Yet with the Philippines being liberated, Allied forces in the Pacific could begin to shift their attention to mainland Japan, where Japanese forces were not yet prepared to give up the fight.

During the January 9th ceremony at the World War II Memorial, WWII veterans and Allied representatives will present wreaths at the Pacific Arch of the Memorial in honor of the nearly 300,000 Allies who served and in remembrance of the more than 47,000 killed or wounded during the Battle of Luzon.

If you are a World War II veteran, or know of one, who would like to participate in the Battle of Luzon 75th Anniversary Commemoration at the Memorial, please email hrotondi@wwiimemorialfriends.org!

We hope you'll join us on January 9th at the WWII Memorial!