Battle of Manila 75th Anniversary Commemoration at the WWII Memorial

A brief ceremony to mark the 75th anniversary of a significant Allied victory which was also the scene of the worst urban fighting in the Pacific Theater. 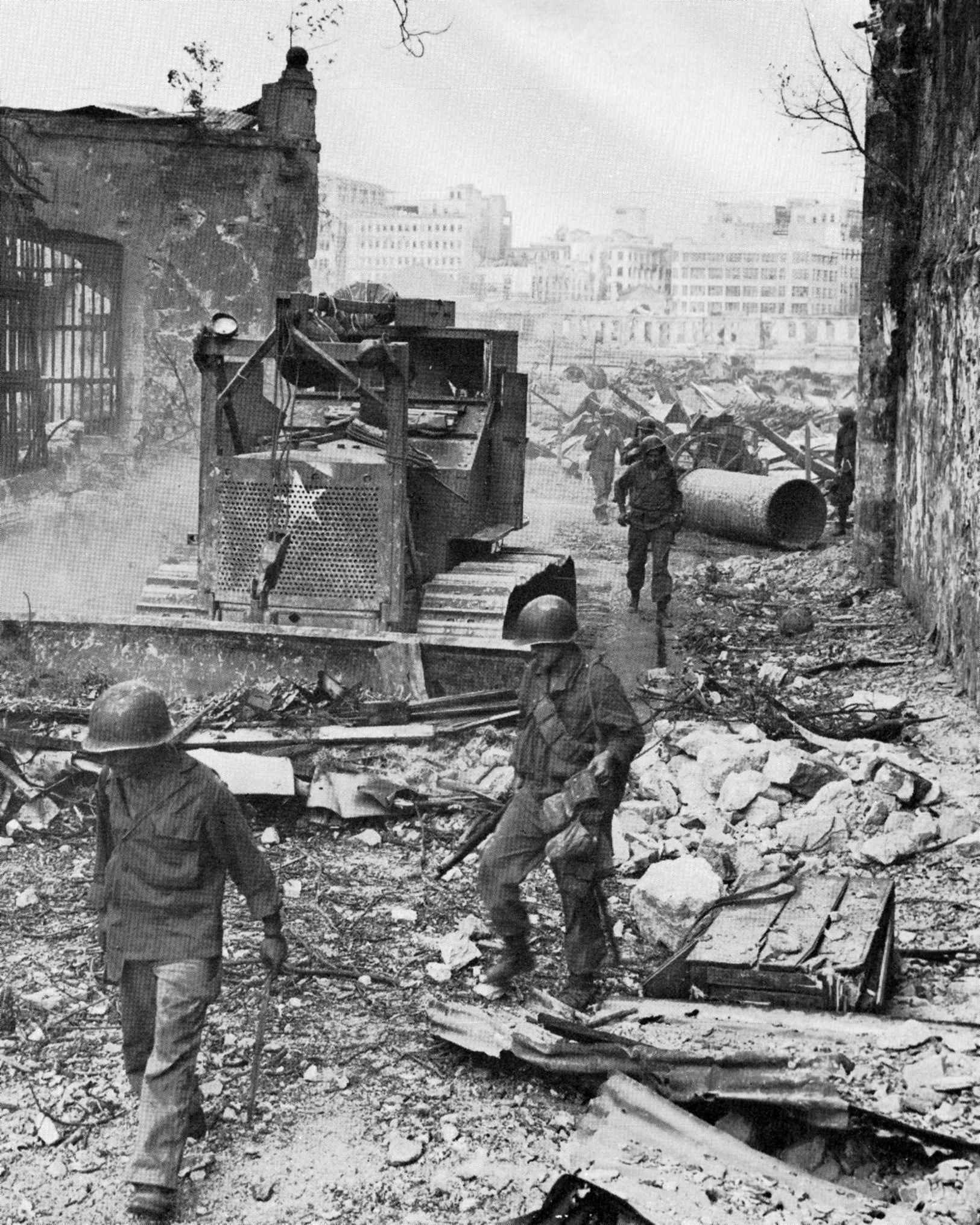 On February 3, 1945, after clearing much of the island of Luzon, Allied troops began to liberate the Philippine city of Manila from Japanese control. After hard urban fighting house to house that destroyed huge portions of the cityscape, the capital city was finally reclaimed, freeing the Philippine capital at last.

In April 1942, Japanese forces captured the remaining American and Filipino defenders on Luzon. With this defeat, the Philippines, along with its capital Manila, fell under Japanese occupation. The loss of the Philippines was a significant hit, and its liberation became a major objective of the Allied Pacific campaign. After almost three years of island-hopping to reach the islands, victories at Leyte and Leyte Gulf offered a major strategic victory towards this mission, but Manila remained under Japanese control. In early January 1945, the Allies launched an operation to liberate Luzon, with the assault’s primary objective to reach the capital. Despite early progress, General Douglas MacArthur was displeased with the pace of the advance, prompting a “race” to Manila between the 37th Infantry Division and the 1st Cavalry Division. On February 3, elements of the 1st Cavalry reached the northern outskirts, cleared a bridge over the Tuliahan River, and passed through the northern suburbs, winning the race to the city. That evening, an American tank nicknamed the “Battling Basic” bashed through the walls surrounding Santo Tomas University, which was being used as a prison camp holding nearly 4,000 civilians. Despite this initial emotional victory, much fighting was ahead to liberate Manila. The diverse urban landscape of this city of 800,000, which consisted of both residential huts as well as reinforced concrete buildings built to withstand earthquakes and stone fortresses left over from Spanish colonial rule, was defended by well-armed and entrenched Japanese forces prepared to fight to the last man. On February 4, advancing Allied units reported mounting Japanese resistance, much of which came from Japanese sailors. Combat in Manila deteriorated into bitter street-by-street, house-to-house fighting. This style of urban combat was new for the Allied troops, who had not encountered many large cities in the Pacific theater. Initially, MacArthur restricted artillery and air actions to protect civilians and the cityscape, but the ferocity of the conflict forced his hand, and soon American artillery fire was leveling whole city blocks to clear strongholds and save American lives. Numerous recorded Japanese war crimes in the city, including the raping, pillaging, and executing of Filipino civilians and torching of their residences, worsened the inferno. In the city’s east, after a bitter fight for two water supply installations, the 1st Cavalry cleared to the city’s south by February 10. The 37th Infantry, meanwhile, ran into more heated opposition, and only managed to clear their western sector by February 11 after extreme destruction of residential districts. That same day, the 11th Airborne Division finally captured Nichols Airfield, which had resisted Allied advances under concealed artillery support for a week. On February 12, Manila was encircled, and American and Filipino forces began clearing out the remaining Japanese resistance in the city, a bloody task that took almost a month to complete. Finally, on March 4, with the capture of the Finance Building in the city’s center, Allied commanders reported that enemy resistance had ceased. Manila was liberated at last. To mark the occasion, MacArthur summoned a provisional assembly of prominent Filipinos and declared the reestablishment of the Commonwealth of the Philippines.

With the liberation of Manila, the Allies fulfilled one of their major objectives in the Pacific, leaving them able to pivot towards Japan itself. The losses that the Japanese sustained only weakened their strength to defend the Japanese homeland in the coming months, and the liberation of Japanese prison camps in and around the city added new resolve for Allied troops to keep up the fight. This victory, however, came at a steep cost. While American forces lost 1,010 troops, the toll on the city and its civilians was even harsher. An estimated 100,000 Filipinos perished, some to American artillery barrages and others to Japanese war crimes. The destruction the city endured was staggering, and some observers noted that Manila’s battle damage was more complete than besieged European cities like Cologne, Hamburg, or London. While Allied forces prepared to continue their push towards Japan, Filipino civilians faced the challenge of rebuilding and returning to their normal lives.

During the February 3rd ceremony at the World War II Memorial, WWII veterans and Allied representatives will present wreaths at the Pacific Arch of the Memorial in honor of the 38,000 Americans and Filipinos who served and in remembrance of the more than 6,500 killed or wounded as well as the approximately 200,000 civilians killed during the Battle of Manila.

Vietnam veteran Jan Scruggs, founder of the Vietnam Veterans Memorial, will serve as the master of ceremonies. Military support will be provided by the Military District of Washington, D.C.

If you are a World War II veteran, or know of one, who would like to participate in the Battle of Manila 75th Anniversary Commemoration at the Memorial, please email hrotondi@wwiimemorialfriends.org!

We hope you'll join us on February 3rd at the WWII Memorial!