A brief ceremony to mark the 75th anniversary of the final Allied attack during the Italian Campaign in the final stages of WWII. 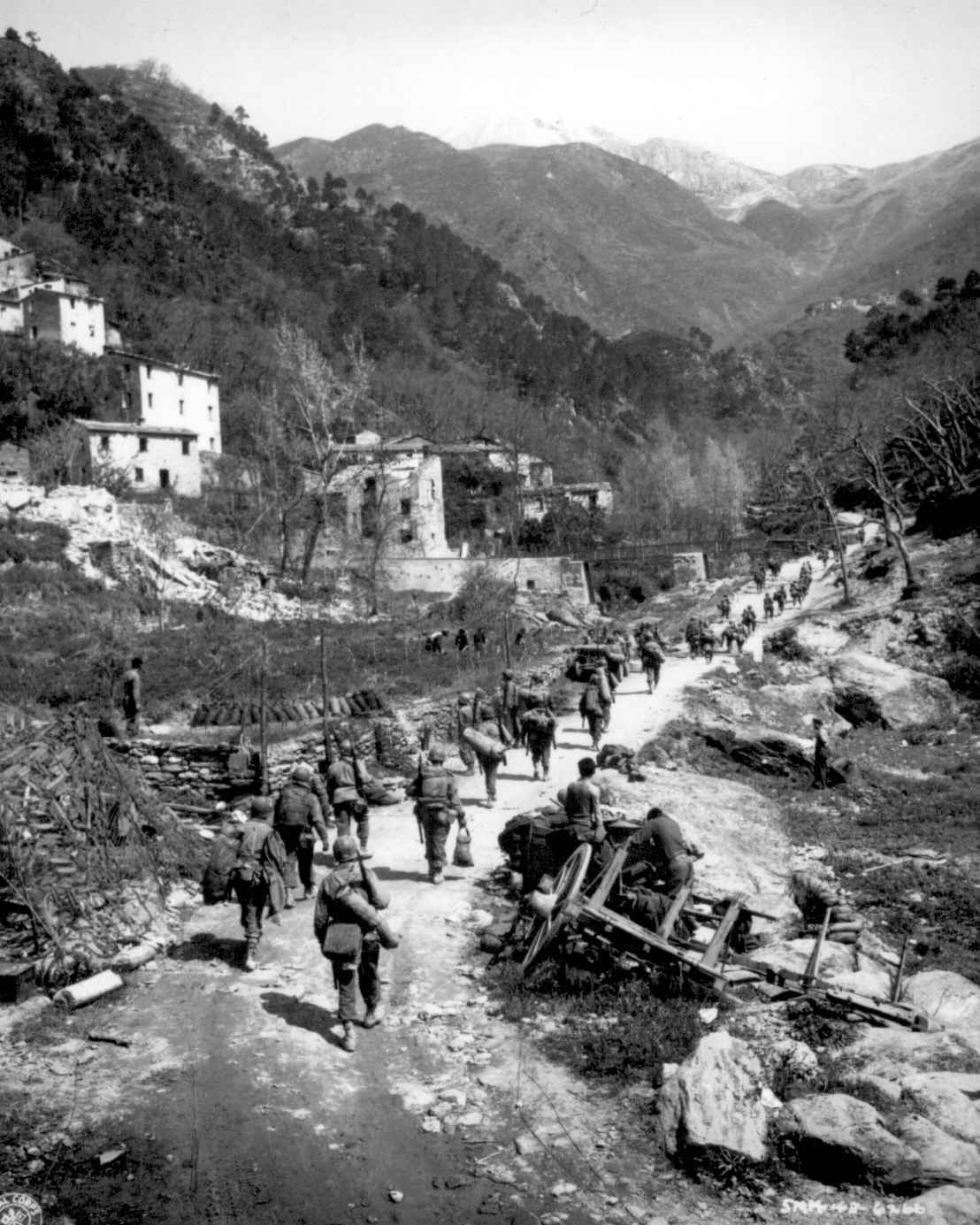 On Monday, April 6th at 11:30 a.m., the Friends of the National World War II Memorial will mark the 75th anniversary of Operation Grapeshot, the final Allied attack during the Italian Campaign in the final stages of World War II.

You can join us online only via our Facebook page www.facebook.com/WWIIMemorialFriends

Learn more about Operation Grapeshot below

On April 6, 1945, Allied forces launched Operation Grapeshot, the final Allied attack during the Italian campaign. This swift operation, also referred to as the “Spring Offensive,” resulted in a decisive victory that led to the surrender of the last Axis forces in Italy.

Since late 1942, some Allied planners had hoped their forces in Italy could drive north through into Germany, yet the opening of a front in France in summer 1944 turned Italy into a secondary theater. Nevertheless, by 1945, German forces were surrounded on three sides, and the Allied 15th Army Group in Italy was determined to finish its fight. Axis troops had been forced back to the northern Apennines, yet the experienced defenders—both German and Italian fascist troops—reinforced the Italian terrain into three formidable defensive lines. Their first line ran along the northern Apennines, protecting Bologna and blocking entry into the Po Valley. The second line secured the Po River, while the final line, dubbed the Adige Line, was designed to cover a route of retreat. Though fatigued from a long campaign, the American Fifth and British Eighth Armies prepared for an offensive to break through these lines, codenamed Operation Grapeshot. Instead of aiming to destroy all defenses, the operation planned to penetrate the defensive lines quickly, establish bases for further progress north, and strand large numbers of Axis troops south of the Po before they could withdraw. On April 6, the Allies launched diversionary attacks to the flanks of the Axis lines, meant to pull German reserves away from the site of the main attack. The U.S. 92nd Infantry Division, a segregated unit that included African American troops and the Nisei 442nd Regimental Combat Team, led the attacks in the west. Three days later, the Eighth Army, consisting of British, Polish, Indian, and New Zealander troops, launched an attack along the east coast and began their push towards the Argenta Gap, a pass vital to the advance north. On April 14, after delays due to fog, the Fifth Army launched their main attack. Despite heavy air and artillery bombardments, Axis defenses remained largely intact, slowing initial progress. Nevertheless, Allied forces persevered, with British troops securing the Argenta Gap by April 19. American forces, locating weaknesses in the enemy lines, penetrated the mountain defenses into the Po Valley by April 20. With these successes, the British Army pivoted to link up with the Americans, some of whom captured Bologna by the following day. With the city’s capture, Allied forces began to rush north to cut off Axis escape routes. On April 22, the 10th Mountain Division reached the Po River, causing many Axis units to look for routes to withdraw. As other Allied units reached the Po, the remaining Axis troops still south of the river were trapped. Many troops abandoned heavy equipment and swam across the river to get away from the advancing Allies, causing disarray and hindering coordinated resistance. Allied commanders ordered a swift river crossing to keep pressure on the scrambling Axis forces. By April 26, the Fifth Army reached the Adige Line. As Allied troops advanced, they noticed increased activity from Italian partisan fighters resisting Axis forces; these groups even liberated several towns like Genoa and Milan before the Allies arrived. In fact, one group of partisans captured and executed a fleeing Benito Mussolini, who had been serving as a figurehead for a German-backed puppet state in Milan before its liberation. That same day, with their positions dire, German emissaries arrived at the 15th Army Group’s headquarters to negotiate a ceasefire. They signed the appropriate documents on April 29, agreeing to a ceasefire to take place at noon on May 2. Until then, fighting continued, and Allied forces overcame several remaining strongholds near the Adige River. Allied commanders received the formal surrender of the remaining Axis forces in Italy on May 3.

The Axis surrender in Italy brought the Mediterranean theater to a close, leaving only the road through the Third Reich itself ahead. Total casualties exceeded 312,000, of which 60 percent were sustained by the U.S. Fifth Army. That number included 31,886 killed in action, 19,475 of which were Americans. German casualties, meanwhile, exceeded 434,600. By the time of the ceasefire, the Fifth Army had been in continuous combat for 602 days, far longer than any American field army of the war. The Spring Offensive in Italy also brought a dramatic end to Benito Mussolini’s leadership, leaving Nazi Germany alone in Europe without its Italian Fascist ally. While some officers merely viewed the action in Italy as a “sideshow,” the determination and aggressive fighting spirit exhibited by Allied soldiers in this theater in fact forced Germany to divert considerable men and resources from other theaters. These efforts not only failed to halt Allied progress through Italy, but also hindered Germany’s ability to resist Allied forces elsewhere.

Be the first person to get your tickets!